Posted on August 26, 2019 by spiritequality
Posted in music video, The Impact of Wu | Tagged Drake, Money In The Grave, Rick Ross, Rza

Inspectah Deck Honors the History of Rap in his New Video

Ghostface celebrates in his latest video

Posted on August 3, 2019 by spiritequality

Ordinarily, I would urge all new emcees to avoid rhyming over classic samples, but Rapsody absolutely ROCKS over the classic sample Gza originally rhymed over on “Liquid Swords” (the title track to his debut album). D’Angelo also adds vocal fire to the track, although he does not appear in the extremely well-directed video above (Mary J. Blige and Roxanne Shante make cameos though!). Now all I need to know is “what does Ibtihaj mean?”

Edit: Found the answer on Okayplayer.com: “The song is named after Ibtihaj Muhammad, the fencer who made news for being the first Muslim American woman to wear a hijab while competing for the United States in the 2016 Summer Olympics.”

If you know what’s happening in this video, post it in the comments.

Ghostface returns with a Dead Presidents-inspired video for Conditioning, his latest joint.

The debut video for G+D, the collaborative project between New Funk power couple Georgia Anne Muldrow and Dudley Perkins shows plenty of #wutanglove with Georgia’s Wu t-shirt, which she rocks proudly through the whole video. Song is pretty jamming too!

Meth is the best part of this song. 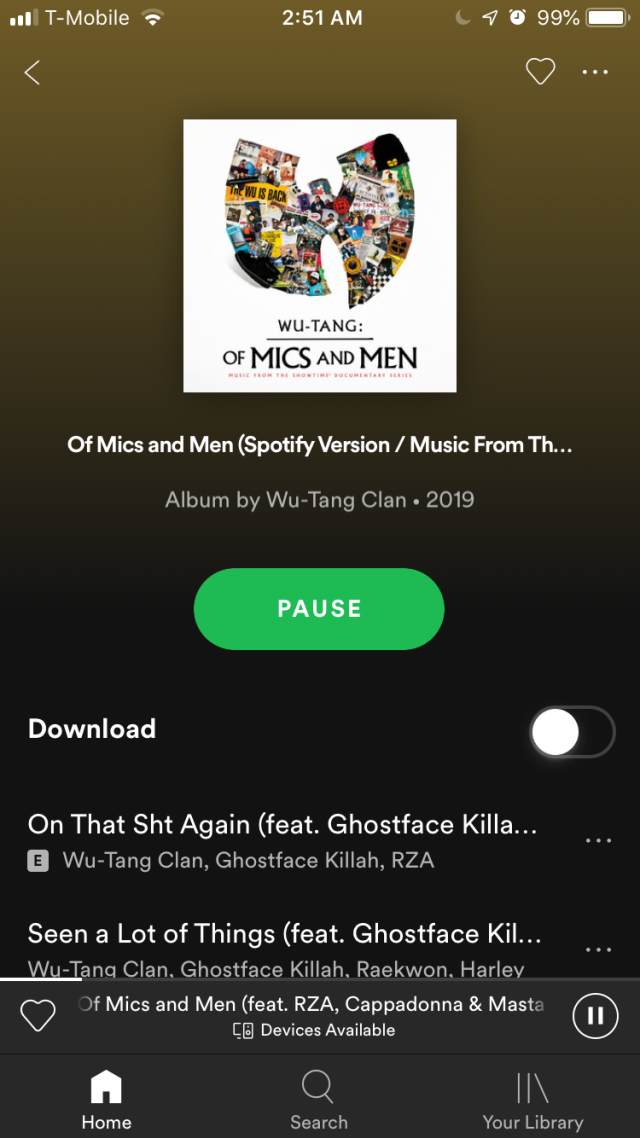